We have deployed a new n98-magerun version with only one new command but many improvements which makes the
tool more stable in daily usage.

It’s now possible to supress the “It’s not recommended to run n98-magerun as root user” warning.
This can be useful i.e. during a deployment which runs as root-user. In this case you can create
a system wide config on the remote host in file “/etc/n98-magerun.yaml” with this content:

Removes the entry for one or all module resource setups. This command is useful if you want to re-run an install
script again possibly due to debugging. Alternatively you would have to remove the row from the database manually.

A new option was added to the customer:create:dummy command which allows automatic address creation. 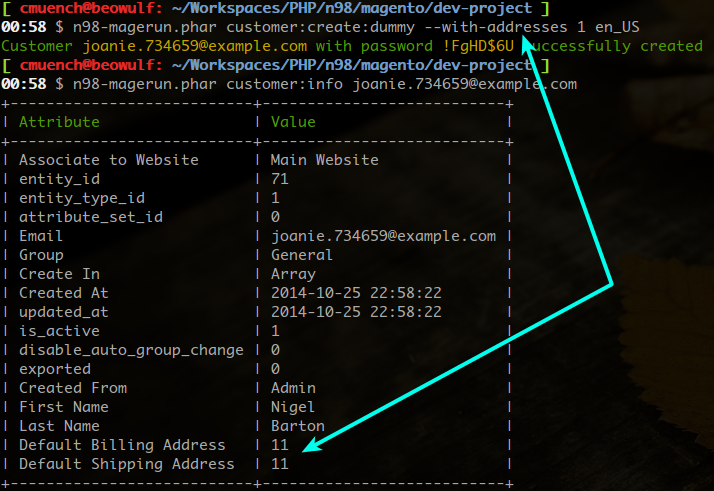 A new event area “crontab” was added. All events are now sorted and the type of the observer is visible in the table. 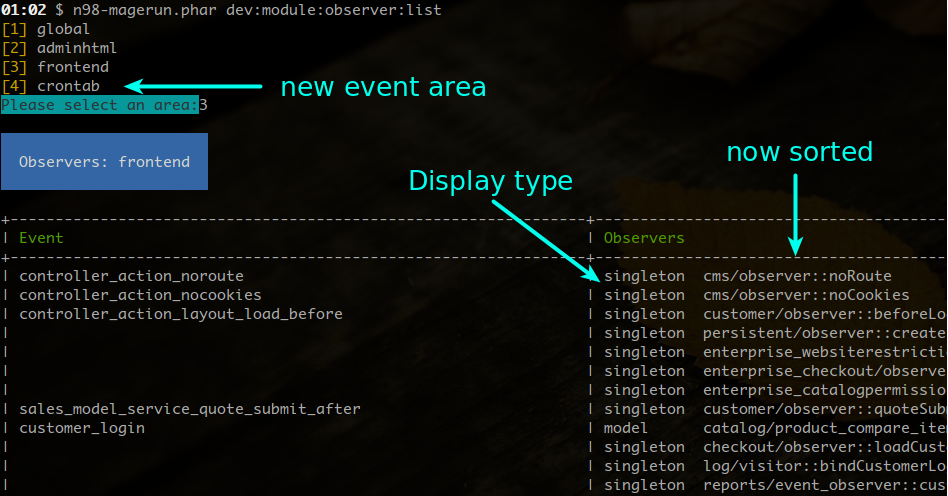 Other updates and fixes

Please update to the latest version by:

I hope the new version let you more efficient in the daily work with Magento. Have fun!

Every update is very helpful and useful for everyday working. I appreciate all you did with n98-magerun. Here, I specially like new observer list.

Thanks, but the most work is currently done by the very active community.

Hope we can publish many more useful versions in the near future 🙂 Next big thing is a Magento 2 port of n98-magerun.